A pattern that most of us fly fishers try to hide in our fly boxes. Such a simple pattern should be illegal. I wish I could tell you the pattern was a hoax and it never caught any fish, but that would be a blantant lie. I have caught steelhead on numerous occasions and saved the day here on the Grand during very finicky brown trout feeding routines. A name that is less conspicous which I use frequently to throw off the competition is "the garden hackle".

Having a selection of these patterns in your fly box tied in red, blue, worm brown and pink will definitely reward you one day. This I know for a fact. It is also important to have large and small versions of this fly. So tie micro chenille on #14 and tie standard ultra on #10. Don't tell anyone I told you - I will deny it. 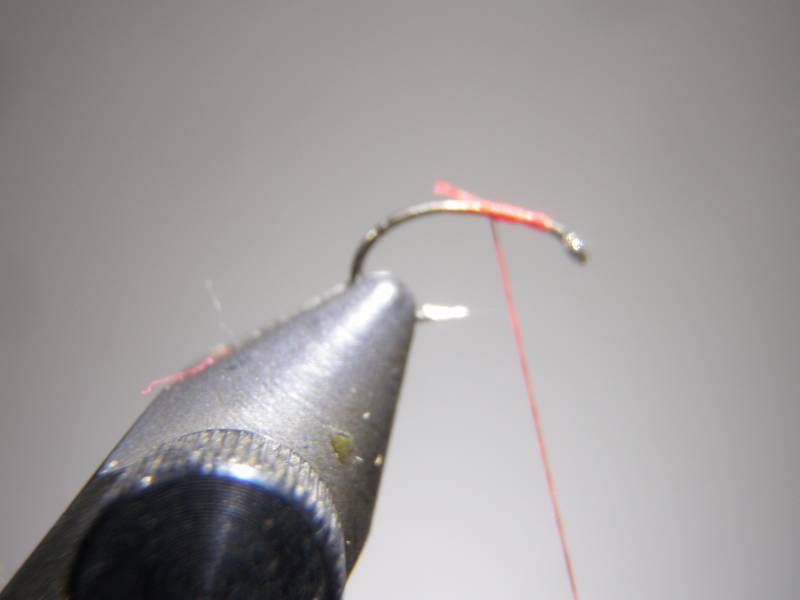 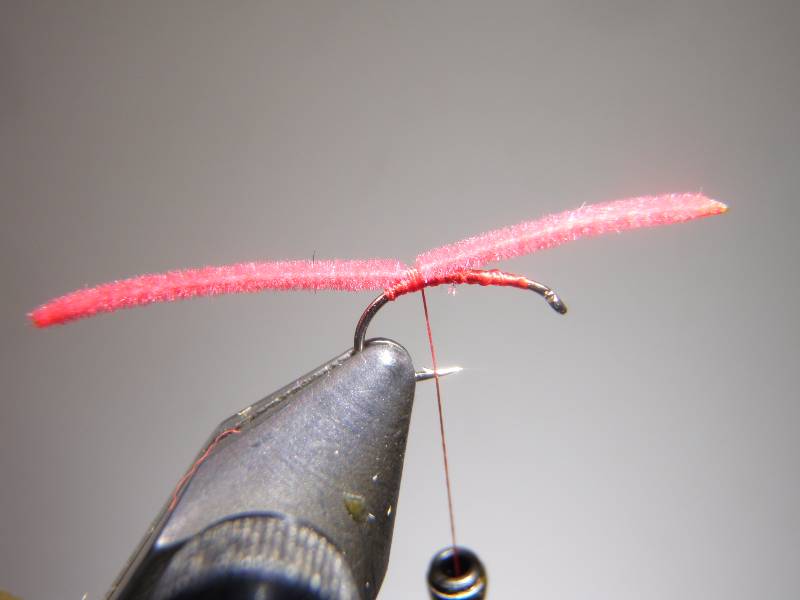 Tie in chenille
Cut 3/4 " piece of Ultra chenille and attach it near back of bend of hook and work thread back up to eye of hook. be sure to keep chenille on top of hook shank - do not let it wrap around. 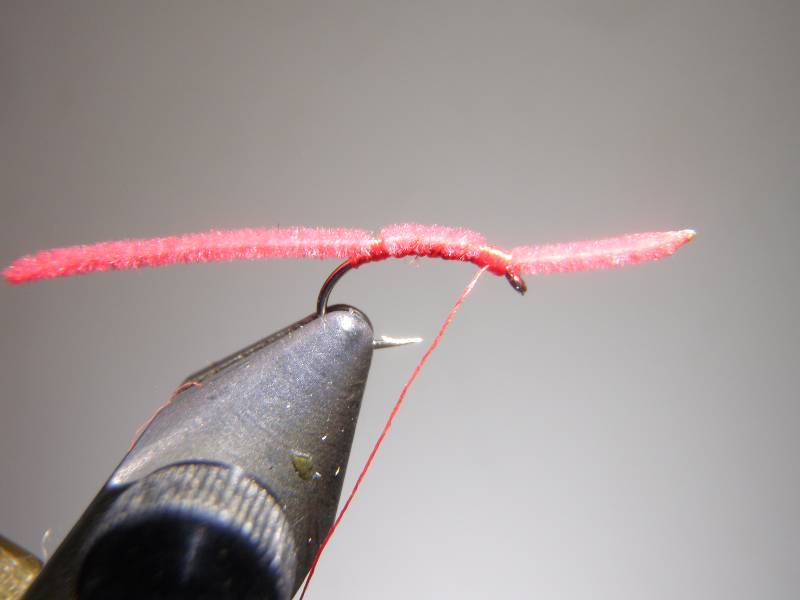 Whip finish
At the head of the fly - right by the eye of the hook wrap a few extra wraps of thread and then perform whip finish and trim thread away. 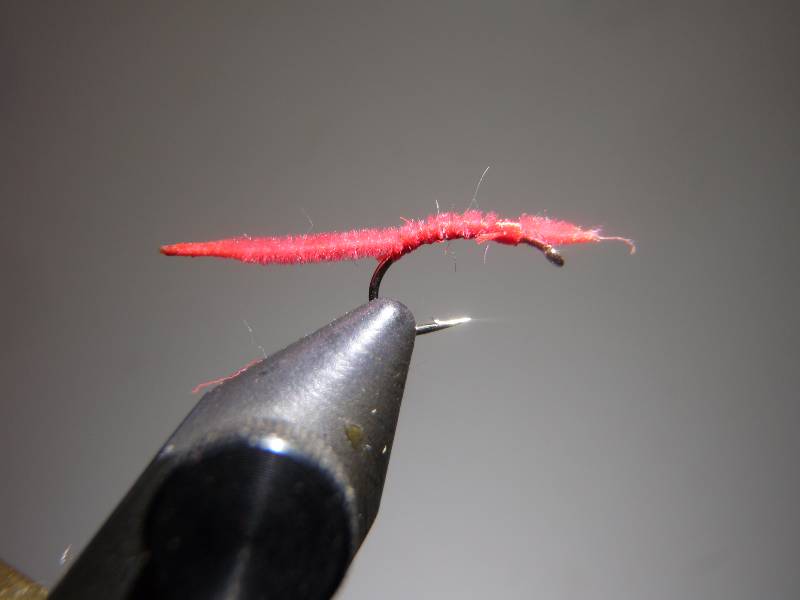 Burning ends
With bic lighter - hold flame close to end of chenille it will very quickly burn into taper. repeat at other end. fly should not be much over 1/2" in length when done.